How Strategy Games Changed My Life 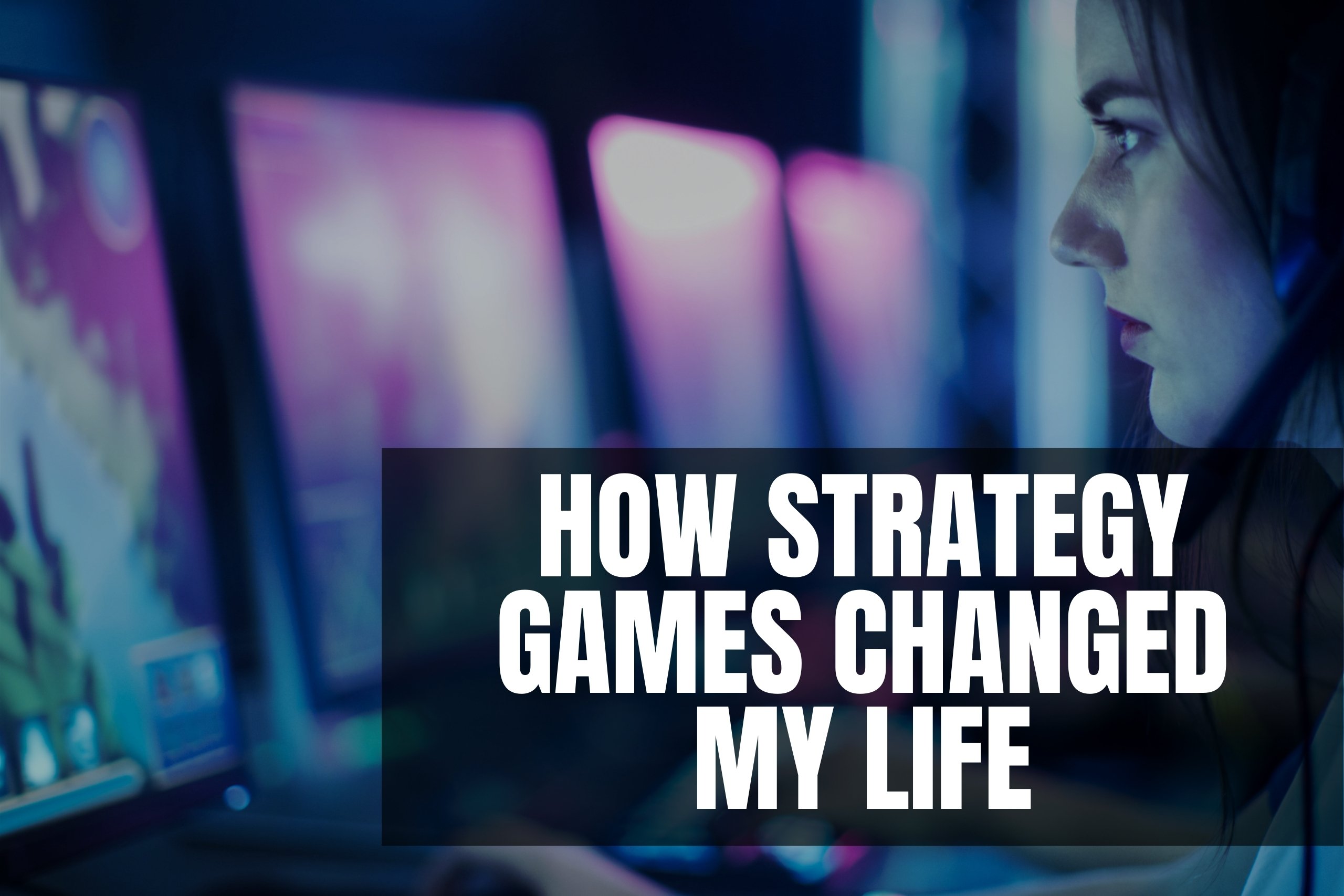 I’m a gamer. I’ve been one since I was four years old when my dad bought me a Peter Pan game for the PlayStation 1. There were a few other titles after that I played, but the one that sealed the deal and fully immersed me into the world of video games was Spider-Man 2 for the PlayStation 2.

As I grew up, I played games like Grand Theft Auto, LEGO Star Wars, Call of Duty, Battlefield, Minecraft, NBA 2K, and all of those classics that dominated the 2008-2013 era of gaming.

Maybe this was because I played a lot of video games and didn’t prioritize homework or school. Or maybe, I just wasn’t ready for those classes. Either way, I wound up playing hours upon hours of Call of Duty when I was in middle school. This was back in the Black Ops, Black Ops 2, and Modern Warfare 3 era, so we’re talking about prime Call of Duty.

Needless to say, I struggled to keep my grades up. When I became a freshman in high school, it seemed like the same was going to be true. I started off with above water grades. Then, I was diagnosed with type 1 diabetes about three weeks in and that was it. I finished the first quarter with three F’s, some C’s, and one A and B.

I was demoralized. Not only did I now have a lifelong condition that was going to change my life forever. But I was also officially a failing student, despite my curiosity and big aspirations in life.

Of course, I turned to video games as my source of comfort. But instead of playing the same run-of-the-mill games like Call of Duty and Grand Theft Auto, I turned to a new genre that would change my life.

How Strategy Games Changed Everything

To think that a small colony of 13 separate states could fend off the mighty British Empire was the definition of an underdog story. You had to root for the Americans, even if you weren’t American.

This led me to look up “revolution games” on Google. One of the first results happened to be Total War: Empire. After seeing the gameplay, I had to buy it for myself. I eventually did and I loved it.

Even though it had nothing to do with any of the games I had played in the past, there was something so magical about picking units strategically, deploying them on the battlefield, and using tactics off the top of my head to outmaneuver and defeat my enemy. Mind you, I was super young and knew nothing about warfare, tactics, or grand strategy. Yet, in this game, I felt at home.

Most people that don’t play strategy games cite a few different reasons for why they don’t. One is “I want to have fun in games, not think”. Another is “They’re too hard”. That’s definitely valid. Some strategy games are so complex and steep that it takes many hours to learn. But that’s one of the reasons why I like them so much.

Anyway, Empire was amazing, but I wanted more. I discovered Hearts of Iron III in May 2014. This was just a few months before I was diagnosed with type 1 diabetes. Hearts of Iron III remains the most complex game I’ve ever played in my life, even seven years later.

The World War II simulator is as close you can get to a 1940’s-era supreme command center as you can get. There are literally hundreds of factors that determine the power of your units, the makeup of those units, and the organization of those units. There are several layers of command levels. Tons of ships and planes to build, bunches of technologies to research, political factors to take into consideration, diplomacy, planning, supply chains, and so much more.

We haven’t even gotten to the actual fighting yet. But regardless, I was always mystified by Hearts of Iron III. Being so used to Call of Duty and other games that held your hand while you played, getting into this was like growing up (something I always wanted to do). It was the first time a game looked at me and said “You’re on your own kid. Figure it out,” and I loved it.

I’d end up playing Hearts of Iron all summer. It was one of the more memorable summers I had too. I even picked up the latest Total War at the time: Rome II. A game that pulled me deeper into history and gave me new subjects to appreciate.

By the time I got to high school, I’d basically become a full-blown history and strategy game nerd. It made me feel good that I could recognize certain topics in class just based on my gaming habits. For instance, in AP Human Geography, I had already known a significant amount about world geography because I had been staring at maps all summer.

But then in October 2014, coming off a major lapse in the first quarter of school, I discovered my favorite game of all time.

There is no game on this planet that has made me think more, try harder, and learn faster, than Europa Universalis IV (EU4). A cousin to the Hearts of Iron franchise, Paradox Interactive’s masterpiece literally changed my life.

The game is relatively complex but not nearly as difficult as Hearts of Iron III. It covers the years 1444-1821. You can play as any country on Earth during those 400 years and you basically battle it out to see who ends in the best position at the end.

You play through the most interesting years of history (in my opinion): the colonial age, the Protestant Reformation, the Renaissance, the revolutionary age, the early stages of the Industrial Revolution, and others. For whatever country you choose, you control the government, its politics, the army, the navy, the economy, trade, colonial settlements, religion, diplomacy, development, technology, and more. It might as well be a government simulator, but it does its job better than most real-world governments do.

The game captured everything that was missing from Total War games, other Paradox games, and pretty much every strategy game that I had seen or played to date. To me, it’s the quintessential strategy game and the defining game of my life.

How Did Europa Universalis IV Change My Life?

My grades shot up immediately.

I know, I know. How could a video game make my grades go up? That sounds stupid, doesn’t it?

Well, it’s not. There have actually been some studies that suggest strategy games can improve your thinking and ability to problem-solve. That makes complete sense to me, considering I’ve had to carefully plan out attacks, solve political strife, and put down rebellions more than a thousand times in EU4.

While Call of Duty and other similar games (besides Minecraft) were sort of brainless, so to speak. EU4 and other strategy games required constant critical thinking, strategic planning, and geographical skills. Memorizing where certain provinces were, regions I needed to defend, where my armies were positioned, and where my navies were heading, requires constant memorization.

I mean no disrespect towards Call of Duty players or the franchise itself. My point is that there’s a higher degree of thinking involved in strategy games. While Call of Duty and shooters might increase your reflex time and quick-thinking skills, strategy games are better at developing just about every other brain function, most of which are important for real-life success.

Within a month after picking up EU4 and putting tons of hours into it, I noticed something incredible. My grades were going up, my ability to learn and decipher information was increasing, and my motivation was picking up.

I was becoming a good student. I was getting excited to improve my learning. I was excited to think because thinking was associated with my leisure time now. Thinking became fun.

My successes began to multiply and by the time I finished AP World History during sophomore year, I was one of the top history students in my school and a straight-A student (except my math class but I blame my bad teacher for that). By the time I finished high school, I had already put hundreds of hours into EU4 and definitely cleared one thousand hours between all the strategy games I’ve ever played combined. I also had a weighted GPA above 4.0 despite my awful freshman first quarter.

Most importantly, I truly loved learning, which developed into an obsession for reading.

The point of this article is varied. For one, I just wanted to write about this. Maybe there’s a looser correlation between my apparent academic success and the time I started playing strategy games than I think. But at the same time, I could feel a real difference in how I was thinking.

Furthermore, this is more to talk about how video games are a beautiful thing, as long as you play the right games. Not to say you shouldn’t play certain games. But recognize that some are mind-numbing compared to others.

Some of you might not care. That’s fine. But my recommendation to those who want to amplify their thinking while still enjoying the happiness of video games: try out strategy games.

Feel free to ask me for recommendations.

Every month, I send out a newsletter where I talk about crypto, business, finance, some of my latest experiences, and some interesting news. It’s a way for me to better connect with you and hopefully provide some value. Feel free to join!